Robert Valley is like the Ramones of the animation world.  By that, I mean that while regular folk may or may not know who he is, pros often credit his work as being completely inspirational.  If good character design, and art in general, is about having a point of view that shines through in your work, Robert is a GOD of character design.

I've known his work for a LONG time, but until 2010, I was in the regular folk camp.  I found a European sketchbook of his when my wife and I were in Paris, and I finally had a name for the work I had been appreciating for years.

I met him in 2012 at San Diego ComicCon, and it turns out he went to my school!  Small world, eh?

Oh yeah, he designed the characters for the Tron cartoon! 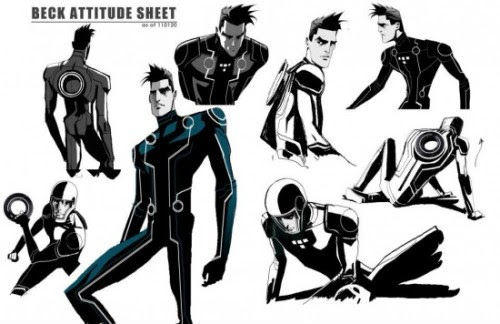 AND animated the Wonder Woman shorts.